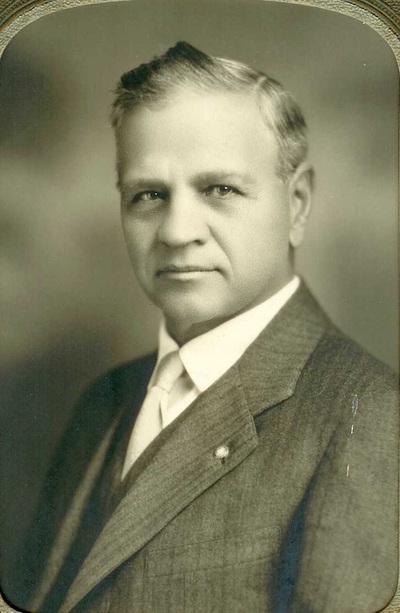 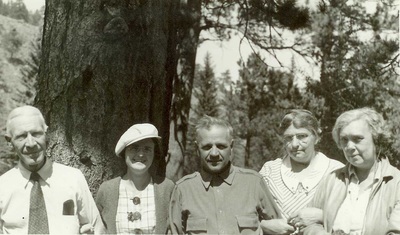 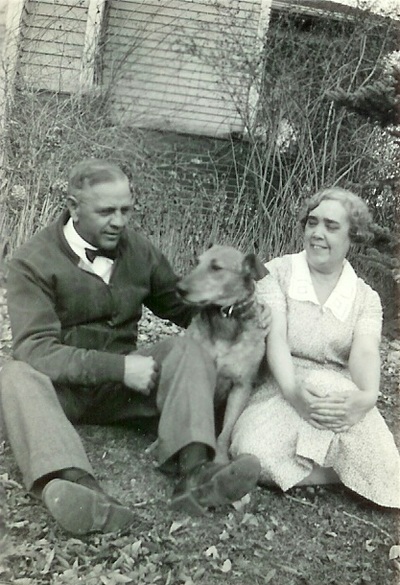 Business Man of Wayne Dies
Rites for A. B. Carhart Will Be Held Friday At Local Church.

Funeral rites will be conducted Friday afternoon at 2:30 at the Presbyterian church for A. B. Carhart who passed away Tuesday evening at 9 o'clock after several months' illness.  Rev. Fay Mills, Methodist pastor, and the Beckenhauer service have charge.  Masonic committal follows at Greenwood cemetery.

Mr. Carhart was taken ill early in January.  He went to Rochester, Minn., where he submitted to an operation.  He was brought home about six weeks ago and had been in a critical condition since.

Arthur Benjamin Carhart was born in Platteville, Wis., August 18, 1876.  When he was young his parents, the late Mr. and Mrs. J. C. Carhart, moved to Iowa county, Wis.  In February, 1885, they located in Monona county, near Mapleton, Iowa and there deceased grew to manhood.  He married Miss Gretta Davies in Milwaukee, Wis., June 28, 1905.

Mr. Carhart was graduated from Mapleton high school and from the Capital City Commercial college in Des Moines.  He was engaged for a time as stenographer with a Des Moines load and trust company.  In September, 1902, Mr. Carhart bought the interest of his uncle, George Carhart, in the Mapleton hardware and furniture store owned by the latter and C. E. Carhart.  Since then C. E. and A. B. Carhart have associated together in business.  They extended their business interested to Nebraska and transferred headquarters in January, 1914, to Wayne, buying the Barrett & Dally hardware, which they sold several years after to L. W. McNatt.  The Carharts bought the Philleo & Harrington lumber yard in 1921 had have since operated this yard as well as yards in Randolph, Pierce and Hartington.

Deceased is survived by his wife and one son, Braden.  He also leaves two brother, C. E. Carhart of Wayne, and Dr. E. C. Carhart of Los Angeles.

Presbyterian church was filled to capacity Friday afternoon when funeral rites were conducted for A. B. Carhart, 58.  Stores closed during the service.  Among those from out of town attending the funeral were Mr. and Mrs. Henry Cody of Sioux City, Mrs. Dave Cameron and Mr. and Mrs. Howard Cameron of Mapleton, Iowa, Charles Huling of South Sioux City, and Mr. and Mrs. Ralph Carhart of Randolph.

Mrs. A. Carhart Dies in Omaha

Mrs. A. B. Carhart, 68, resident of Wayne for 35 years, died in an Omaha hospital Wednesday morning.

She had been in ill health all winter and had undergone an operation shortly before the holidays.  She was taken to Omaha two weeks ago.

Mrs. Carhart was the former Gretta Davies.  She and Arthur Benjamin Carhart were married June 28, 1905, in Wilwaukee, Wis.  They lived first in Iowa and in 1914 they came to Wayne where Mr. Carhart had a lumber yard.  Mr. Carhart died in 1935.

No funeral arrangements had been made at noon Wednesday.