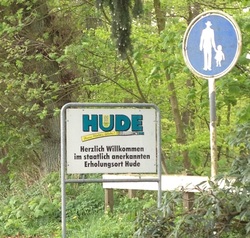 We arrived in Hude!  We found by now that you really don't need to have an address for the Lutheran church in town - you look for the steeple!  And you have a better than 50/50 chance of it being the Lutheran Church and not the Catholic Church. 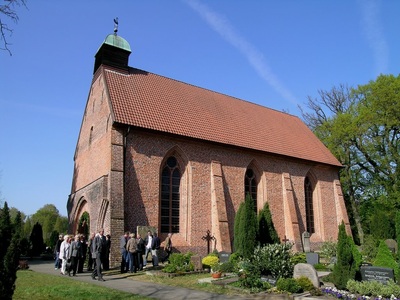 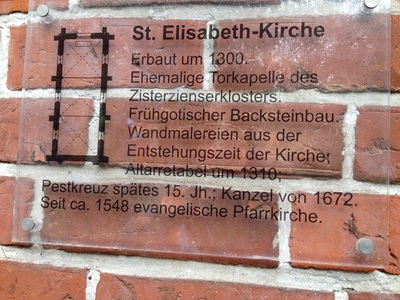 St. Elisabeth Church was built upon the ruins of the Torkapellen Monastery, which existed there before 1300.  You can read about it's history on their webpage - one of the best websites I have run into for a Church!
http://www.ev-kirche-hude.de/elkirche.php
Remember to use Google Chrome and the translate feature!!

The church picture is from the web as it appears that I did not take a picture and Mom's camera was starting to be on the fritz...

So we have found the church where Bernhard and his sister Sophie were baptized!  Now, what about locating his birth place, New Weger Moor??? 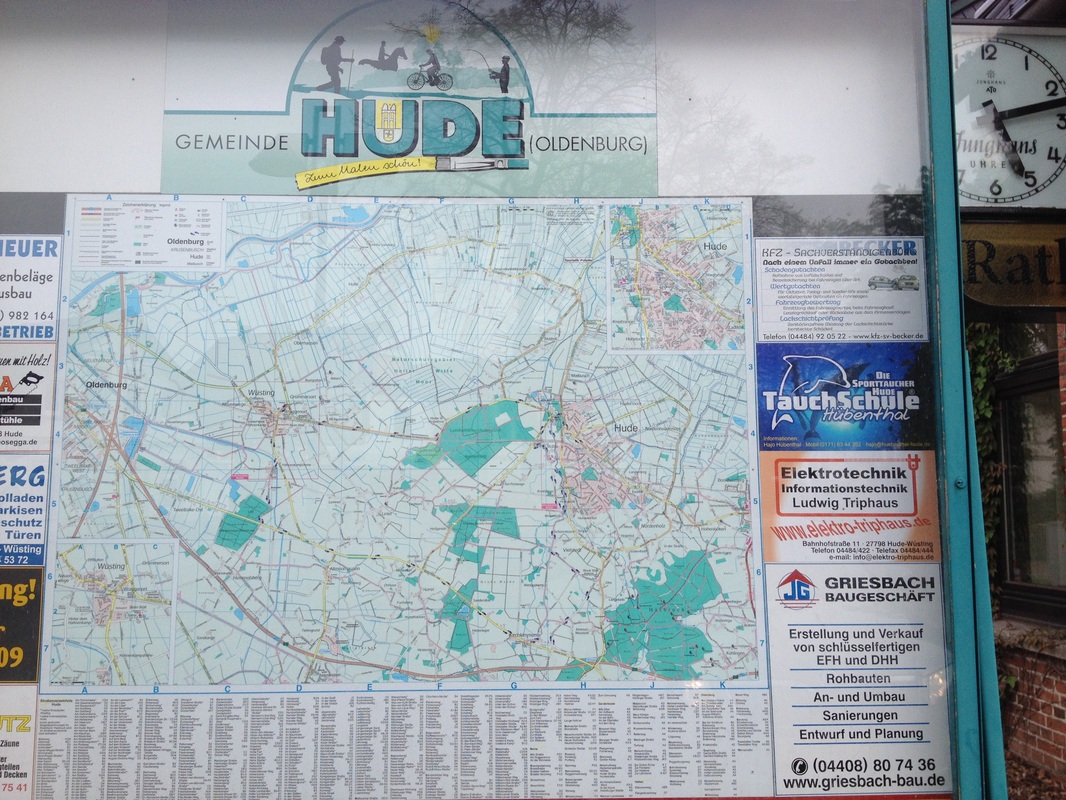 Each of these small towns in the Oldenburg area had a map board with the names of the residents listed below.  This is the Hude map.  It appeared that New Weger Moor was the name of a farm or section of land.  Well, we stood and looked at that map for 10 to 15 minutes - we found Holler Moor, and Hinter Moor, Nordenholzer Moor, but no New Weger Moor.  So, what about Sophie, his younger sister?  She was born in "Behind the Hahnenkamp".  Back to looking at the map... 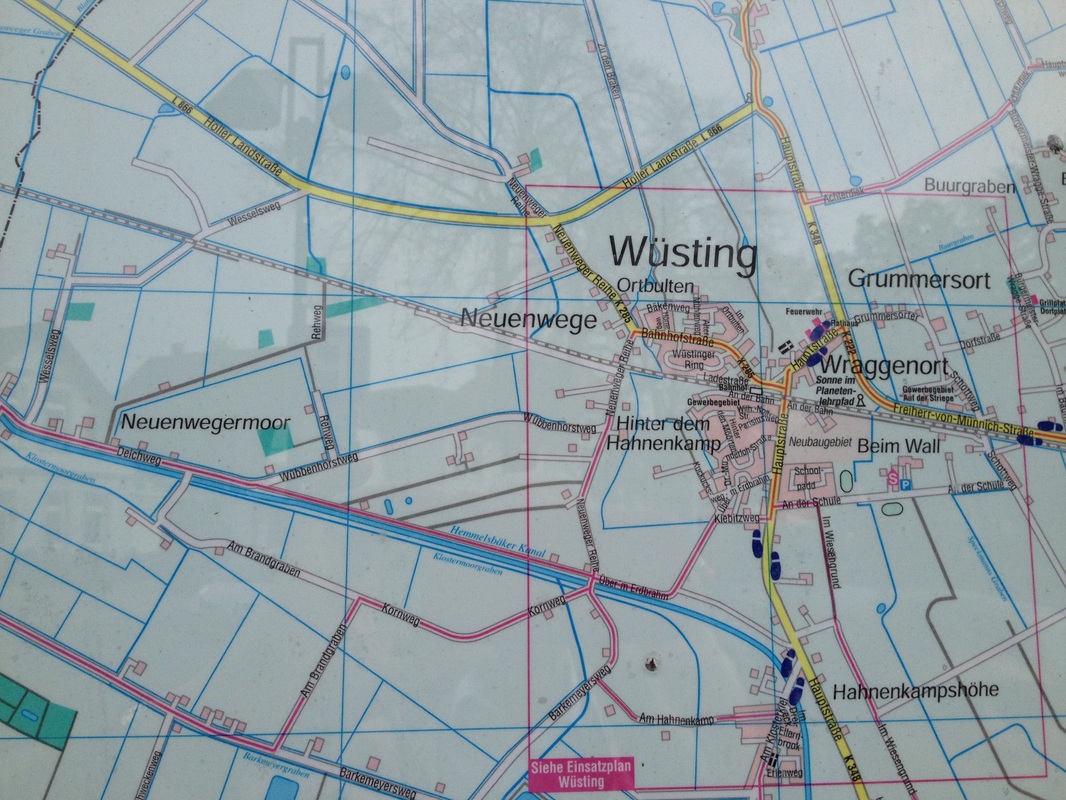 There is was:  Hinter dem Hahnenkamp!  OK, this time the "translate" feature of Chrome was a bit of a hindrance, but  "Behind the" is the translation of "Hinder dem".  Then glancing just to the left is "Neuenwegermoor".  The pink blocks on the map are houses.  Because his sister was born on a separate section of land, it was most likely that the Grone family were not land owners, but land tenants and probably moved around where help was needed.  We won't probably know which house was their's, but here are some pictures of the Neuenwegermoor farm land. 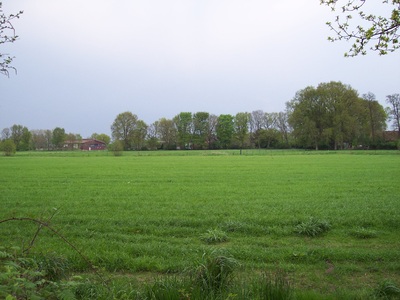 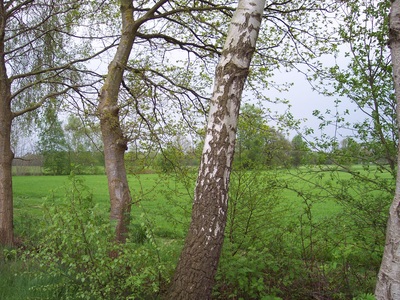 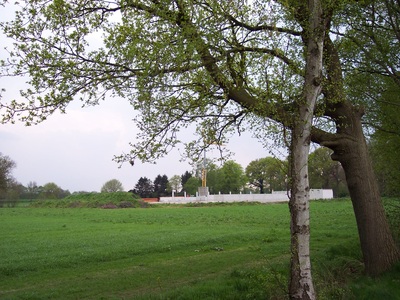 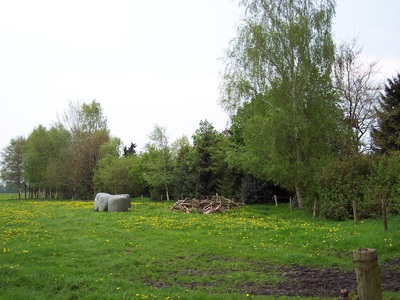 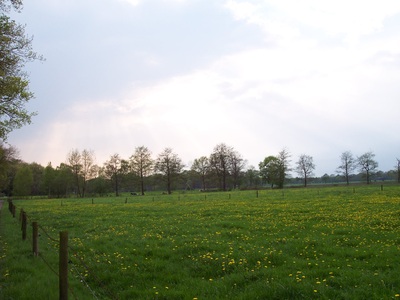