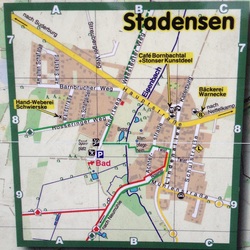 Our next stop was Stadensen.  This is where Mom's Grandfather, William August Meyer was born, as well as the birth place of his father, Friedrich Wilhelm "William" Meyer.  Friedrich Wilhelm listed his occupation between 1873 and 1880 as a Carpenter in Stadensen, before he emigrated in 1881.

At this point, we have been at 2 churches and driven through 2 towns.  The Churches looked like they had graveyards surrounding the Church buildings, but only the 3 ancient gravestones (See chapter 3) remained.  When I was in England 5 years ago, the Churches there had come to the realization that they could no longer maintain the graveyards (mowing and tending around the gravestones). Many of those Churches took all the gravestones and leaned them up against the fences and buildings so that the mowing could be done without being hindered by the gravestones.  But here there were no remaining gravestones!  So, we thought the Cemeteries were moved outside the city boundaries, but we did not see a single Cemetery! 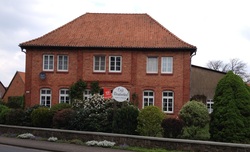 At this point, we decided to stop and ask about those missing Cemeteries!  We stopped at this very nice Cafe, but were unable to communicate with the German-speaking proprietors.  So, when we got to the hotel that evening, I had to Google to find out what was going on...

Here is what I found:

Under German law, families lease grave sites for a specific period of time, usually from 15 to 30 years. And, if a family is unable or unavailable to renew the lease, the grave’s contents are removed and the grave site reverts to state ownership and may be reused.

Here is a website that describes the practice:  http://www.rowdyingermany.com/2012/11/german-cemeteries.html

Ha!  I keep thinking how we would react to having our government create such a law!  The good news is that once we got to the Oldenburg area, they seemed to have rejected the practice - their Cemeteries were well taken care of and there were many ancient graves that did not appear they would be dug up any time soon! 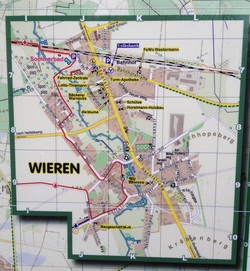 Next stop was Weiren where Jurgen Wilhelm Meyer's wife was born.  Sadly, the beautiful church here was shut tight and no longer an active Church. 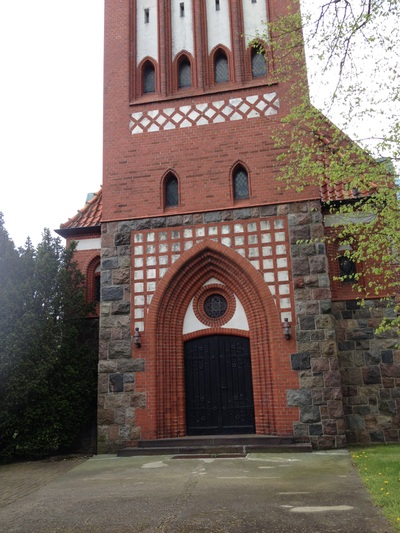 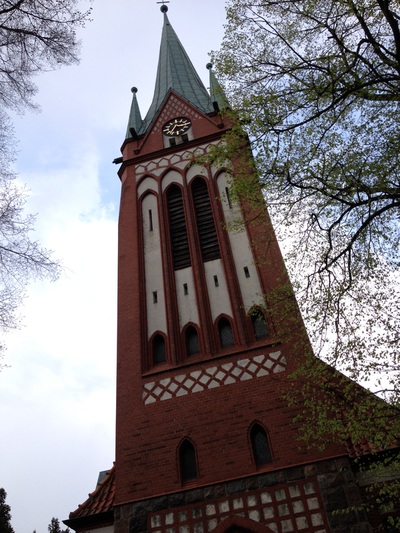 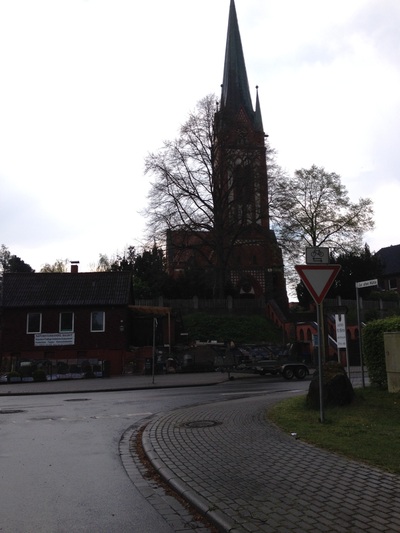 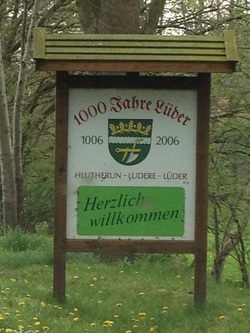 Weather was not cooperating, so Luder was our final stop.  Luder is the town where the Zanzig family was from.  We have record of this family in Luder back to the early 1700's.  Their welcome sign says they celebrated their 10th Centennial (1000 years!) in 2006.

The Church is called St. Bartholomäus.  The stone foundation dates back to 1373.  It is impressive how well they have taken care of this building.  Even the potted flowers in front were beautifully tended. 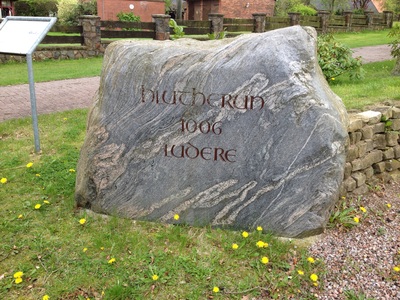 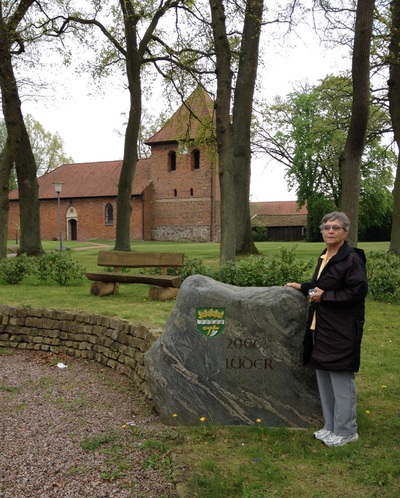 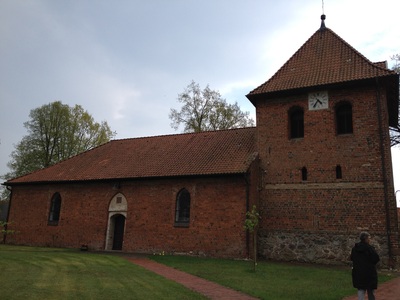 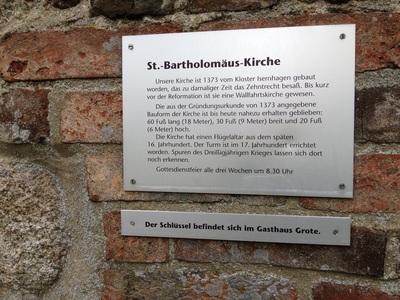 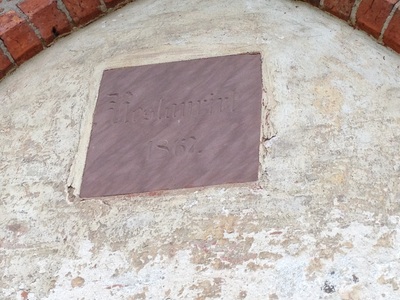 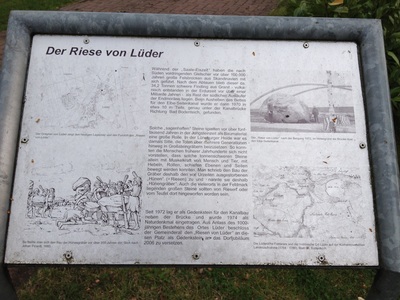 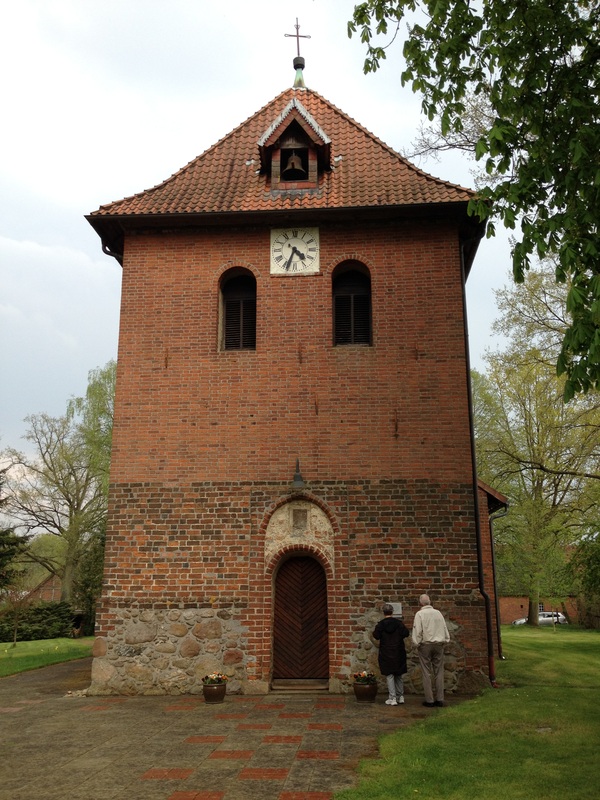 This is certainly beautiful country.  In Luder, there was an old mill that was restored as a residence.  EVERY building was treated like it needed to stand for another 1000 years.

As we drove from town to town, the roads were lined by beautiful trees.  All the local roads were paved (no gravel as we have in Nebraska!).  Once you got onto the "Autobahn" - their freeways, the speed limits disappeared from the GPS.  I realize that would not be possible in the US because our roads are so bad! 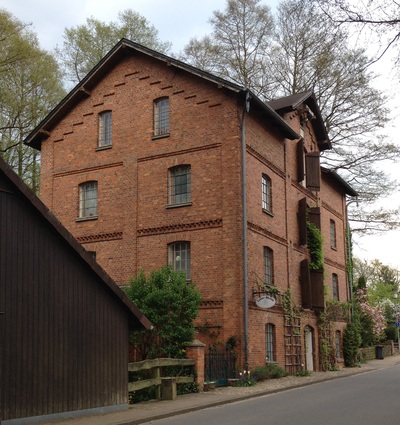 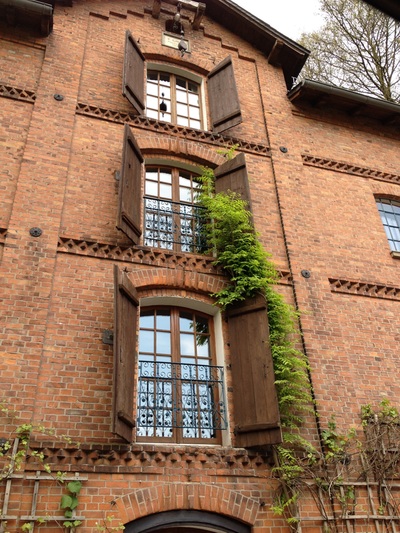 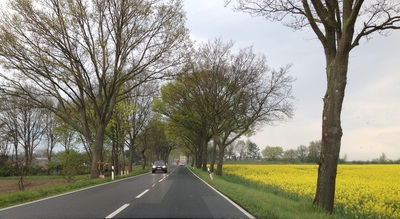