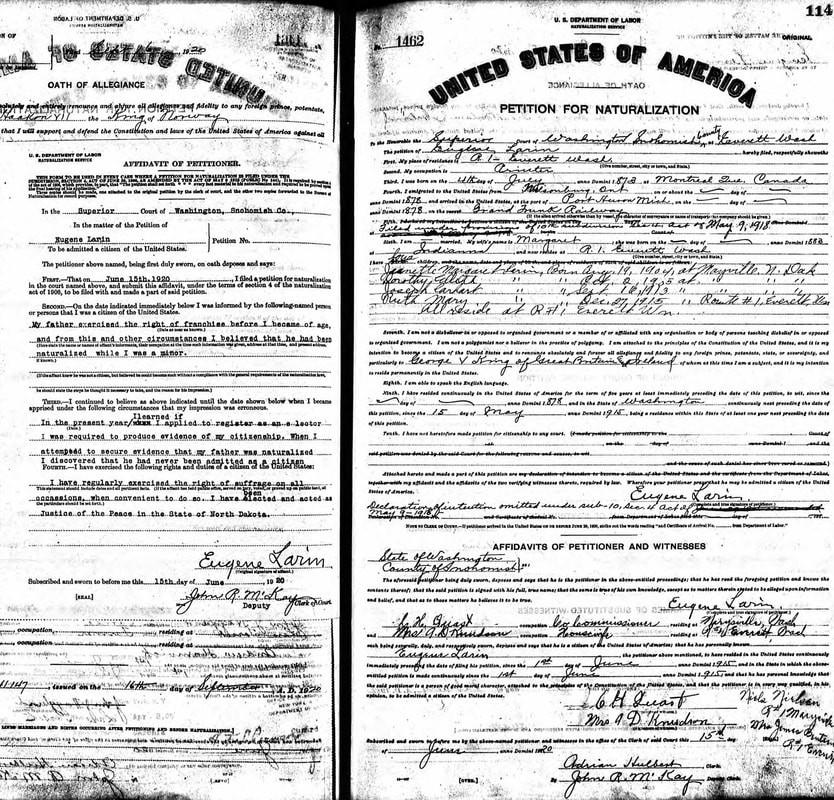 EATONVILLE EDITOR DIES
TACOMA - Eugene Larin, 85, a newspaperman for more than 65 years died Friday night at his home in Eatonville.  From 1927 until his retirement in 1950 he had been owner-publisher and editor of the Eatonville Dispatch.
Larin came to this state in 1915 and worked as a linotype operator for the Everett Daily Herald.  He became publisher of the Enumclaw Herald in 1922, leaving there in June, 1927, to take over the Eatonville Dispatch.