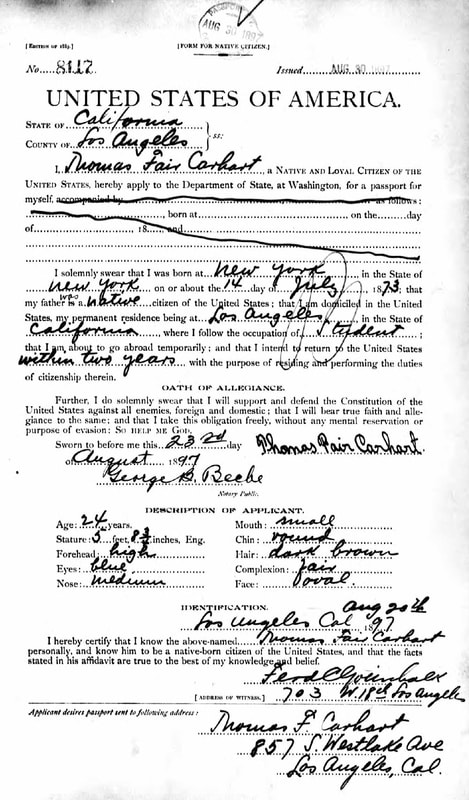 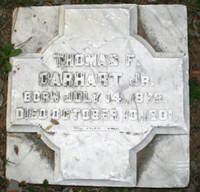 DEATH OF T. F. CARHART, JR.
Many friends deeply regret the death of Thomas Fair Carhart, Jr., which occurred Thursday night at his residence, No. 2403 South Grand avenue.  He was only 28 years old, and had a promising future before him.  He was born in New York, and was the oldest surviving son of one of the leading merchants of that city, who had a national reputation.  During the first part of his ten years' residence in California, he lived with his mother, Mrs. M. L. Carhart, at Burbank.  Four years ago he married Miss Marie Longstreet in Paris, France, and after a year's residence abroad, they returned to their permanent home in Los Angeles.  Mrs. Carhart survives him.  He also leaves two brothers, Messrs. Warren and Ralph Carhart, and two sisters, Mrs. Dana Burks and Mrs. Bert Williams.  Mr. Carhart was a man of sterling character and gentlemanly demeanor, and these qualities especially endeared him to those who knew him best.