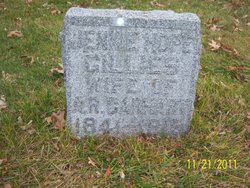 ​Carhart - The friends and relatives of Mr. and Mrs. A.R. Carhart, widow of the late Mr. J.M. Morris, and Mr. and Mrs. Roscoe Carhart are invited to attend the funeral of Mrs. A.R. Carhart this (Tuesday) afternoon. March 15, 1927, at 2 o'clock, at the chapel of H.M. Patterson & Son. Rev. Paul T. Barth will officiate. Interment will be in West View cemetery. The following gentlement will please serve as pallbearers and meet at the chapel at 1:45 o'clock: Mr. C.G. Aycock, Mr. A.J. Stitt, Mr. Roscoe Carhart, Mr. henry E. Patterson, Mr. C.P. Hunter and Mr. George Walker.

GALESVILLE, Wis. -- Andrew Carhart, one of the last of a well known Trempealeau county family, and the son of an early pioneer, whose death occurred on Monday at Atlanta, Ga., was buried from the old Carhart homestead at West Prairie on Wednesday afternoon.  Interment was in the West Prairie cemetery, itself a part of the original Carhart farm.  Mr. Carhart was eighty-eight years of age, and since coming to southern Trempealeau county at the age of eleven years with his parents, he had spent the greater part of his life in that vicinity.
Old neighbors and friends took part in the last service for the former resident.  Services were conducted by the Rev. W. E. Lucas, Trempealeau, and vocal solos were sung by Mr. and Mrs. John Spittler.  Those serving as pall-bearers were George Gladston, John Spittler, Lee Spittler, Milton Bell, Gust Nash, and James Gladson.
Andrew Carhart was born on Dec. 13, 1841, in Scoharie county, New York, the son of Mr. and Mrs. Isaac D. Carhart.  As a young boy he came west with his parents, and after shot periods of living in various locations settled on West Prairie, then a new country.  The son, one of nine children, grew to manhood there.  Farming occupied him for a time, and three children were born of his union to Jane Gillis.  His wife passed away at West Prairie in 1915, and he spent little of his time here since then.  For many years, his time has been divided between points in Florida and Georgia, where his sons live.
Three sons survive.  They are Edward A., Boca Grande, Fla.; Roscoe A., Atlanta, Ga., and Mark G., Mexico City.  One brother, Nathan H., resides on the home farm, and a sister, Mrs. Josie Mulligan, lives at Tacoma, Wash.